Holiday weekends are always the perfect time to go on a longboard adventure in search of new hills and streets to cruise and carve on.

It was a long weekend in the United States due to Memorial Day and the whole DB Longboards crew took advantage of it. Some of our team riders ventured to the Britannia Classic in British Columbia and a few of our shop staff members, their girlfriends and puppy ventured to the San Juan Islands to cruise around on the new Cabrakan longboard series.

We arrived at the ferry early to beat the crowds and spent a fair amount of time weaving through the ferry-traffic line on our longboards to pass the time.

The ferry finally arrived and we were on our way to Lopez Island.

Once we got to the island we drove across it with our longboards all ready to go to Agate Beach where we cruised the little hills and roads along the coastline and filmed a little video (you can see above) featuring Alyne, the Cabrakan longboard and the DB shop puppy Charlie.

After filming we ventured up to Iceberg point to watch the sunset and sipped on a couple of refreshments to end the day.

We woke up the next morning to a pair of bald eagles outside of the place we were staying at. Matt grabbed the trusty 70-200mm lens and Canon 7D Mark II and jumped on a reliable Keystone to push down the street a little bit closer to the eagles (skateboarding with a nice camera is not recommended).

The bald eagles did not mind the sound of our Cloud Ride Wheels along the pavement as we approached. The giant birds looked down at us a few times, but ultimately didn’t care and ventured out to the water to find their breakfast.

After some coffee and bacon we ventured into town to hit the skate park for a quick minute. We brought a Diamondback longboard just for this purpose and it was well worth it. Lopez Island was proving to be highly shreddable. Last summer the tiny island even hosted a full-blow skateboard event at the skate park called the Skatelite Retreat.

After the skate park sesh we headed to Spencer’s Spit to look for some new hills. We brought the Keystone 37" to test the hills on what is known as a fairly flat island. We did find a couple downhill runs and some fun freeride hills. We do have to say make sure to check the streets for gravel before you go on a longboard run and a spotter is a good idea since their are a fair amount of blind corners throughout Lopez Island and more bicyclists than we could count.

All in all it was a well-rounded skateboard adventure and we managed to ride our Cabrakan cruiser / carver longboards, Keystone all-purpose board and the highly versatile Diamondback deck. Plus, it was great to get out of Seattle and get back with nature for a minute.

Anyways, hope you enjoyed the photos and video and make sure to try out our board builder to customize your very own one of a kind a longboard.

We plan on heading back to the San Juan Islands with our longboard team later this summer to capture some more photos and put the hills we discovered to the test.

All photos and video captured by our media guru Matt McDonald 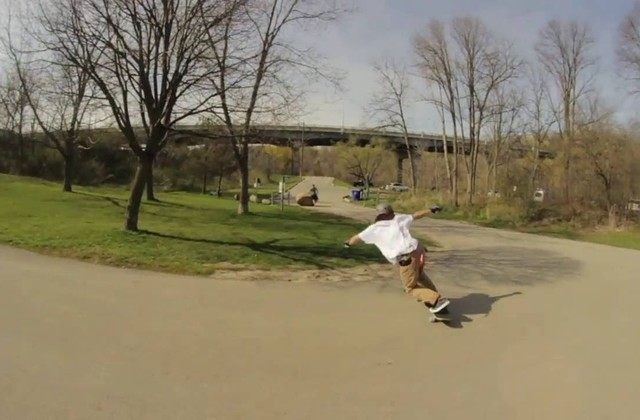